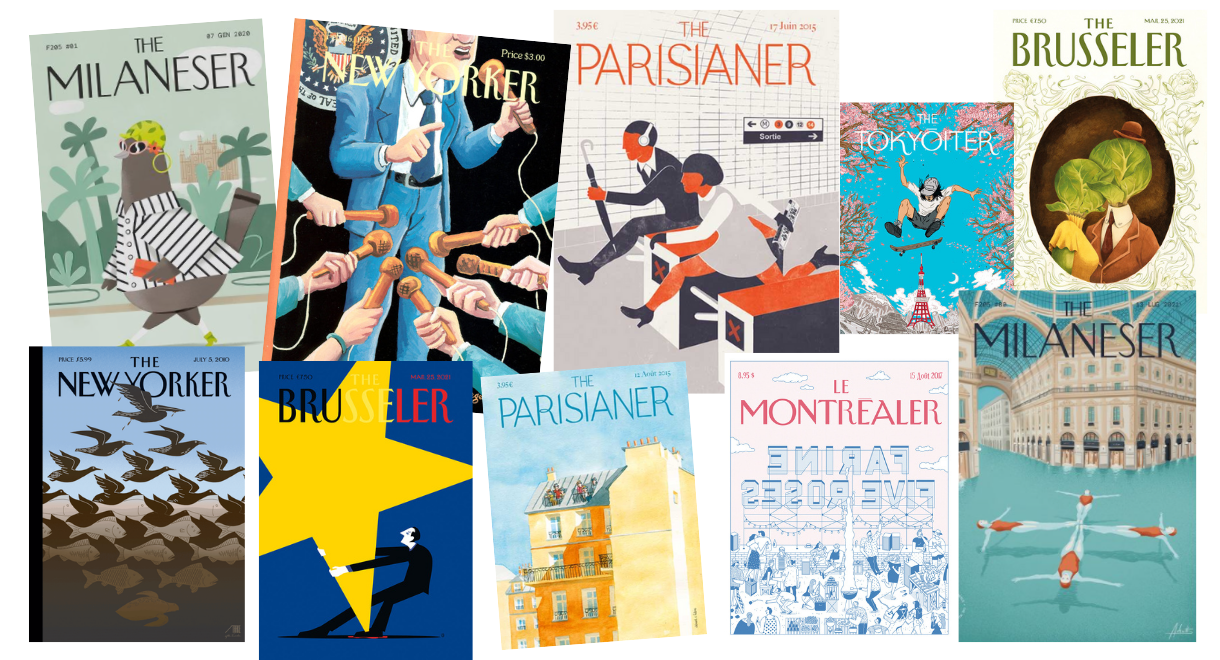 If Sofia was a magazine cover

The project puts Sofia on the world map by including it in a global visual initiative - creating a collection of covers of the imaginary magazine The Sofianer as a tribute to the cult covers of The New Yorker magazine. The cities that have so far created their own visual interpretations are Paris, Tokyo, Montreal, Shanghai, Brussels and Milan. The project envisages involving the best artists in Bulgaria through an open invitation on how they see Sofia, presenting their work in an exhibition in physical and online environments and initiating a public debate on the past, present and future of the capital.

chairperson of the management board, integration expert

Bistra Ivanova is a migrant integration expert, cultural manager and social entrepreneur. She is co-founder and chairperson of Multi Kulti Collective (MKC). Bistra has solid experience in working on migrant/refugee integration, both on grassroot and policy level as a project manager, researcher and communication expert. She has been the country coordinator of the official EU portal on migrant integration EWSI since 2015. Since 2016, she has been the leading Bulgarian researcher in the biggest refugee integration EU project National Integration Evaluation Mechanism (NIEM). In addition, she is a project evaluator in the Ministry of Culture of Bulgaria (Socially Engaged and Community Arts Programme) and Robert Bosch Foundation (European and Cultural Clusters) since 2018. 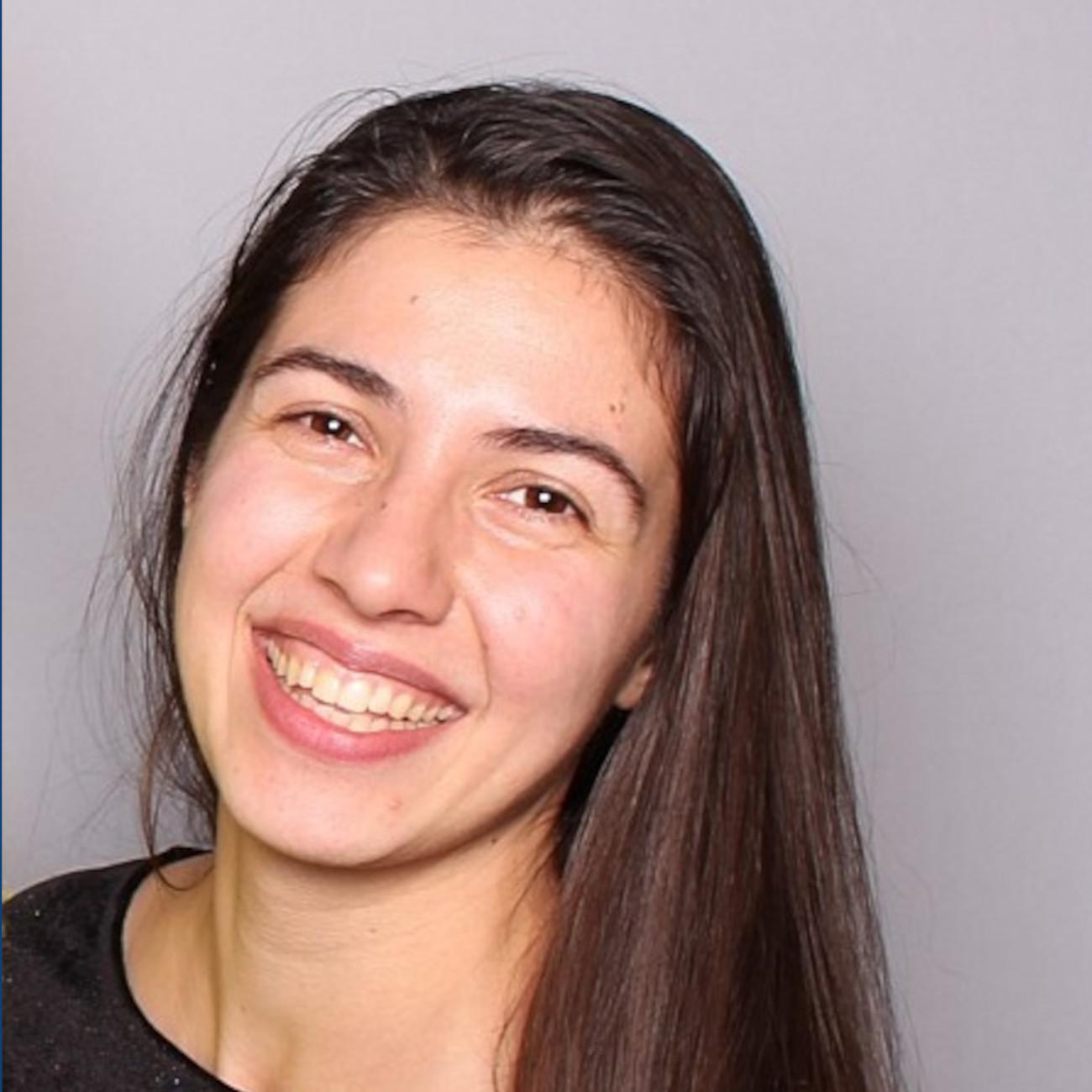 deputy chair of the management board, lawyer

Kaloyan Yordanov is a founding member of Multi Kulti Collective, a member of its management board as of December 2013 and a deputy chair as of 2016.

He is attracted by the mission of the association to increase the public awareness of the foreign cultures and ethnic minorities in Bulgaria and to help their integration.

Kaloyan is a qualified lawyer with extensive professional experience, a member of the Sofia Bar Association and managing associate in Deloitte Legal Law Firm as of 2015. Between 2008 and 2015 he was a lawyer in the Bulgarian branch of CMS Cameron McKenna law firm, and between 2006 and 2018 a manager of the legal department of Bulgarian Home  Loans. 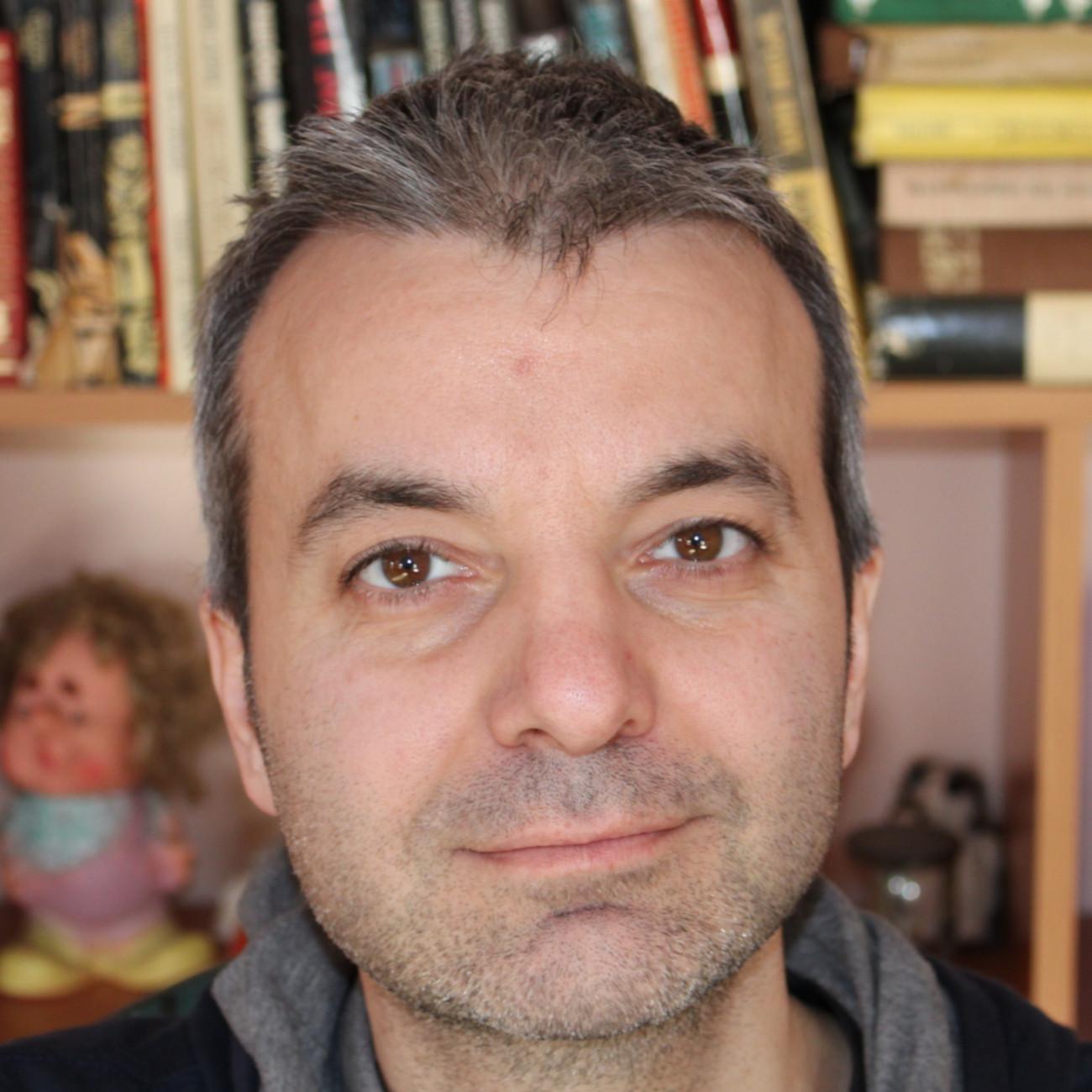 founder and member of the management board, migration expert

Dr Zvezda Vankova is Multi Kulti Collective’s founder and first chairperson (until March 2016). She has been a member of the management board ever since. Dr Vankova holds a PhD in Law from the Maastricht University. She wrote her PhD dissertation on “Circular migration from the Eastern neighbourhood to the EU – the rights of migrant workers in Bulgaria and Poland”.

At present, Dr Zvezda Vankova has been awarded a two-year Rubicon grant by the Dutch Research Council (NWO) to conduct research at the Law faculty of Lund University (2019-2021). The topic she is currently working on is “Refugees as Migrant Workers. Labour Migration as Alternative for Refugee Protection in the EU Context?”.

Prior to joining the Law faculty of Lund University, Dr Vankova worked at the Department of European and International Law & Institute for Transnational and Euregional cross border cooperation and Mobility of Maastricht University. Dr Vankova was the Central Research Coordinator of the 2015 edition of the Migrant Integration Policy Index and worked as a Policy Analyst at the Migration Policy Group in Brussels. As a Researcher and Program Coordinator at the Law Programme of the Open Society Institute Sofia (2005-2013), Zvezda Vankova was an active participant in the development of Bulgarian immigration and integration policy through policy and legal analyses, advocacy work and capacity-building activities. Zvezda was selected by UNHCR Bulgaria to monitor the National Program for Integration of Refugees in Bulgaria as an independent expert in the period 2012-2014 and served as the Country Coordinator for the European Web Site on Integration (EWSI) for Bulgaria. She also conducted an independent monitoring report into immigration detention facilities in Bulgaria. 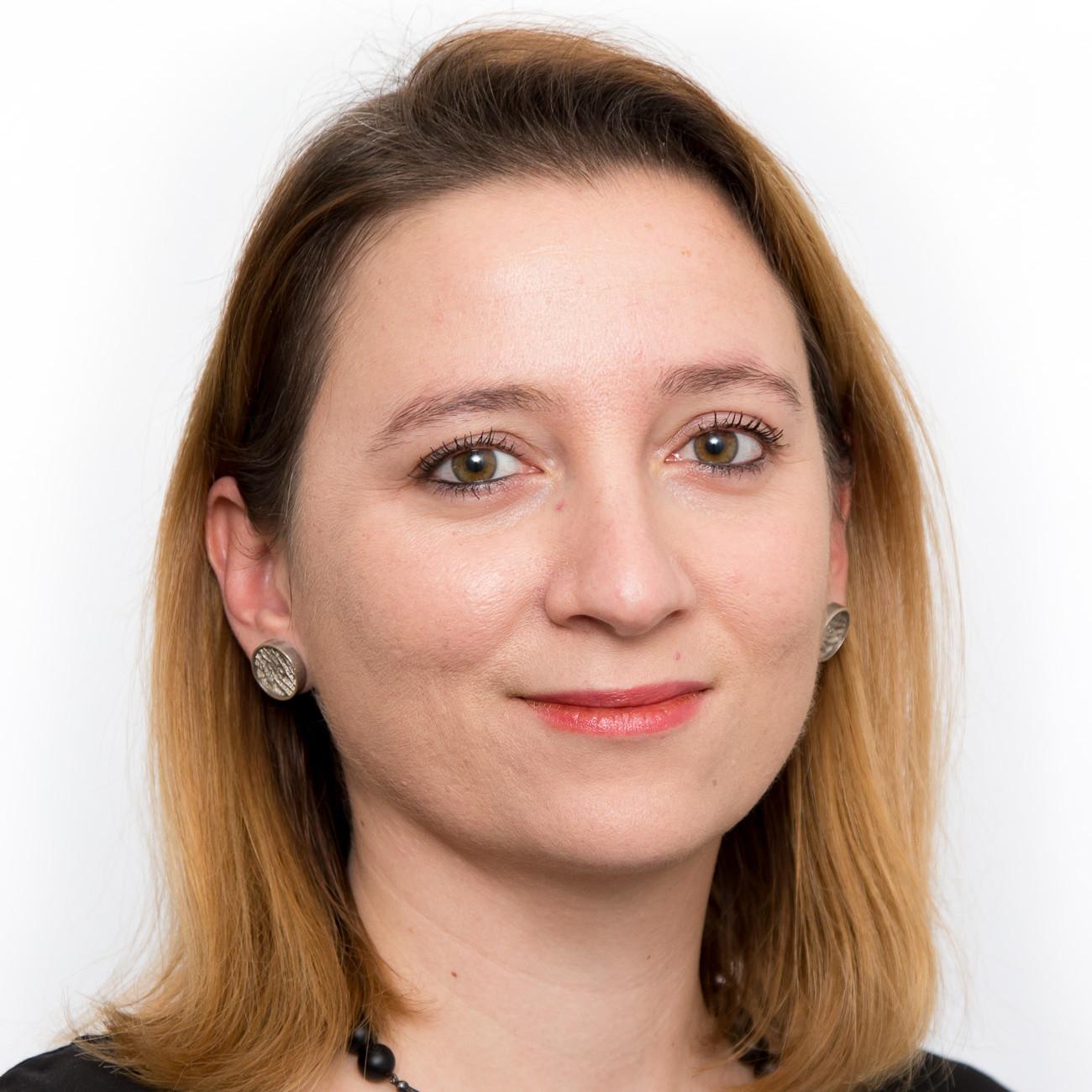 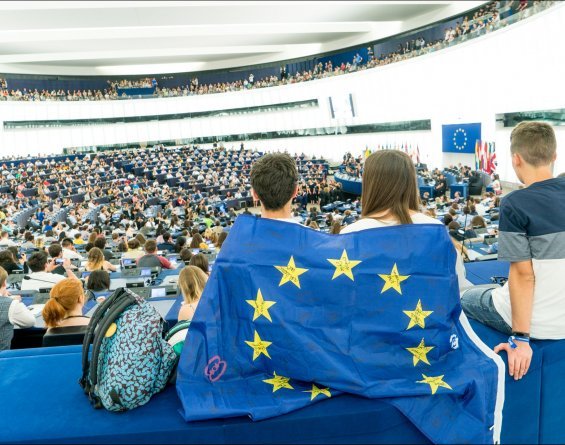 Youth Debating the Future of Europe

The main objective of the project Youth Debating the Future of Europe is to encourage democratic and civic participation of young citizens and give them an opportunity to express their concerns and vision towards common challenges related to European identity, diversity and the future of Europe.

In the twenty-first century, Europe has reached a crisis point in the construction of European identity. The last years a number of events that took place across Europe have challenged the main idea and the founding values of the European Union: the Eurozone crisis, the migration crisis and Brexit have led to an increase of Euroscepticism. As a consequence of the harsh situations that Europe faces, it is time for European citizens and especially for younger ones who soon will have to face the consequences of today’s situation, to get actively involved in the process of strengthening the European consciousness regarding the European Union and its future and realize that only through cross-border cooperation achievements can be reached towards that direction.

The future of Europe and the assurance of the European societies’ well-being are highly connected with the development of common objective and stronger participation in the EU public sphere between the member-states.  The first step towards this direction has been done by the European Commission which has launched an open debate with the White Paper on the Future of Europe in order to provide opportunities to the citizens to discuss their concerns and their views for the future of Europe. Following this initiative, the project tends to give voice to young people from nine different European countries and provide them with the opportunity to express their concerns to the public sphere, to exchange their ideas, to produce their own suggestions and to generate a multicultural community dialogue concerning the future of Europe.

Member of the Management Board, Project Manager

Panayot Chafkarov has been part of the Multi Kulti Collective team since August 2014 as a researcher and project manager, playing a leading role in the development of the association's social enterprise. He has been a member of the Management Board since December 2019.

Prior joining Multi Kulti Collective, Panayot gained many years of experience as an entrepreneur and manager in the restaurant and IT industry. This allows him to expand our Multi Kulti network of migrant/refugee-owned restaurants in Sofia, with which he organizes catering, culinary courses and culinary team building.

As a student at the University of National and World Economy (then Higher Institute of Economics) Panayot was responsible for the numerous foreign students living in Studentski grad and supported their integration. Thus he developed strong intercultural skills and interest in the topic. Panayot has an impressive historical, geographical and ethnic knowledge, which he constantly develops through his work. 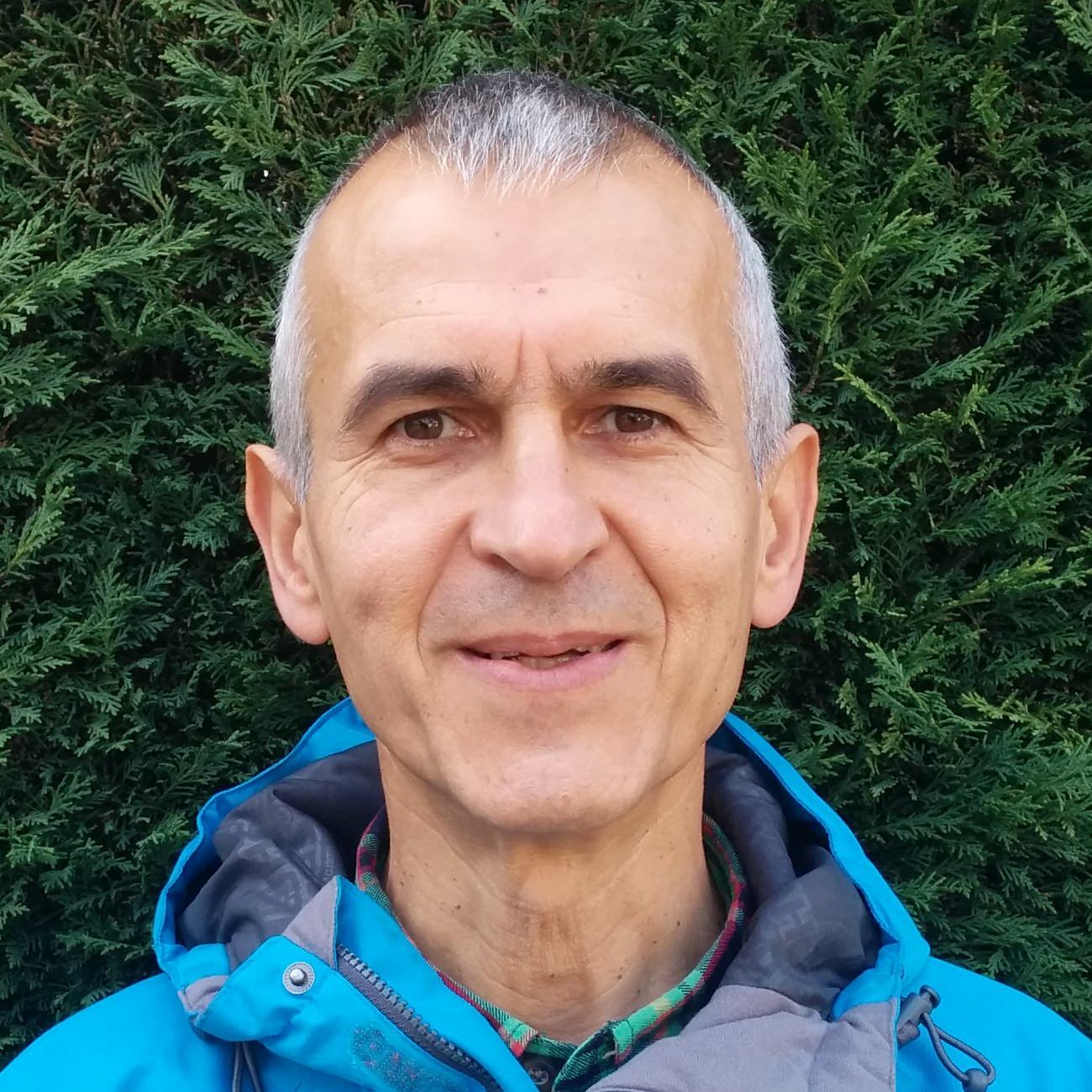 Diana Nedeva likes to experiment with social models based on collaboration, openness and empathy. She believes in the power of human potential and collective wisdom to create creative and sustainable positive change.

While on a youth exchange in Belgium, she discovered her first great passion - non-formal education and civil society organizations in general. This is the reason why she made a sharp turn, leaving the banking sector, and headed for her 7-month European Voluntary Service and then returned to Bulgaria to work (since 2013) as a coordinator. volunteers, project and cultural manager, trainer and facilitator.

Her main activity are:

Her hobbies lead her to various forms of theater (improvisational, sensory, playback), clowning, aerial acrobatics and other things that are useful in her work. She is currently studying Art Therapy as a postgraduate qualification at NBU. She works with various NGOs in Bulgaria and Europe.

In Multi Kulti Collective, Diana works on projects aimed to support the local integration of young migrants and refugee women. 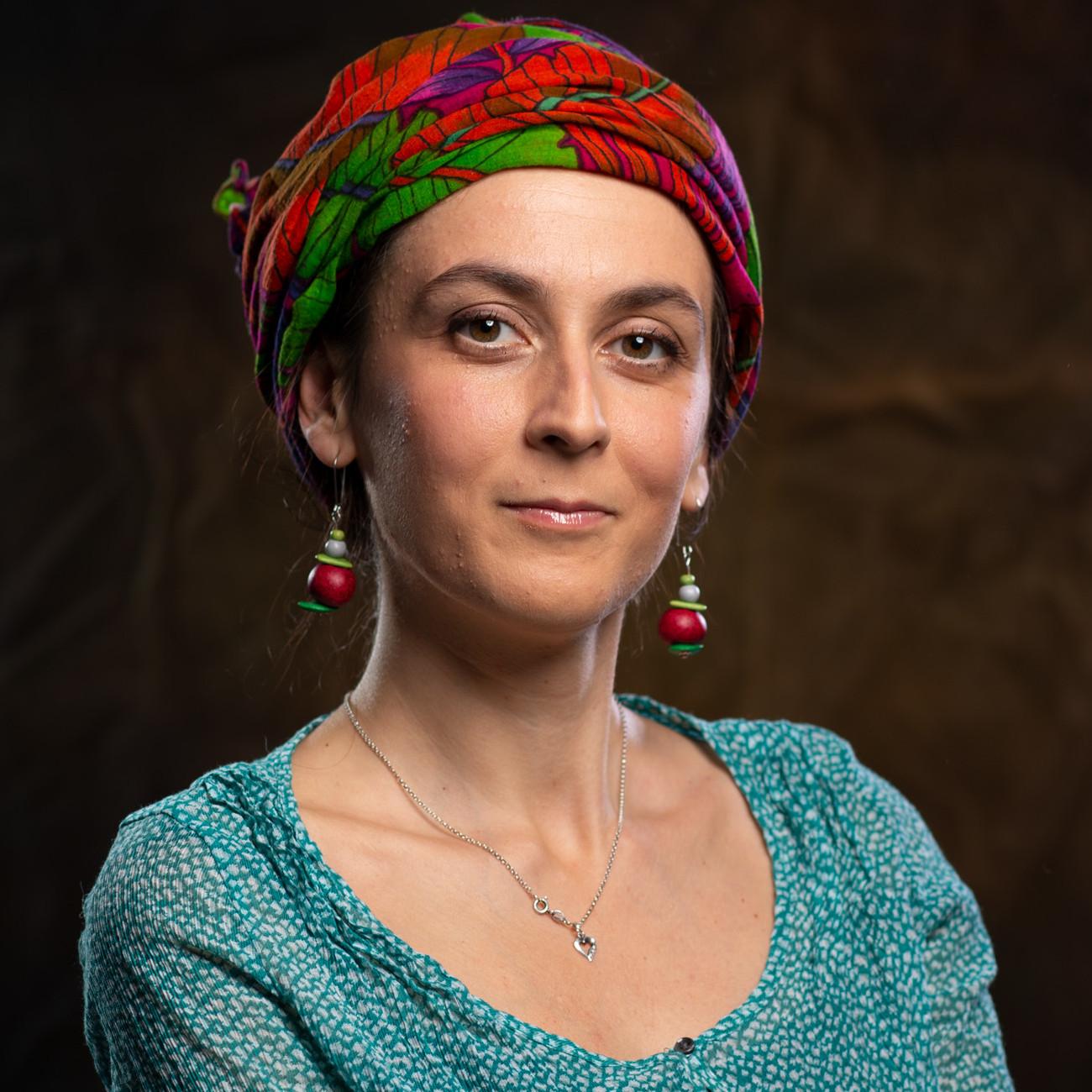