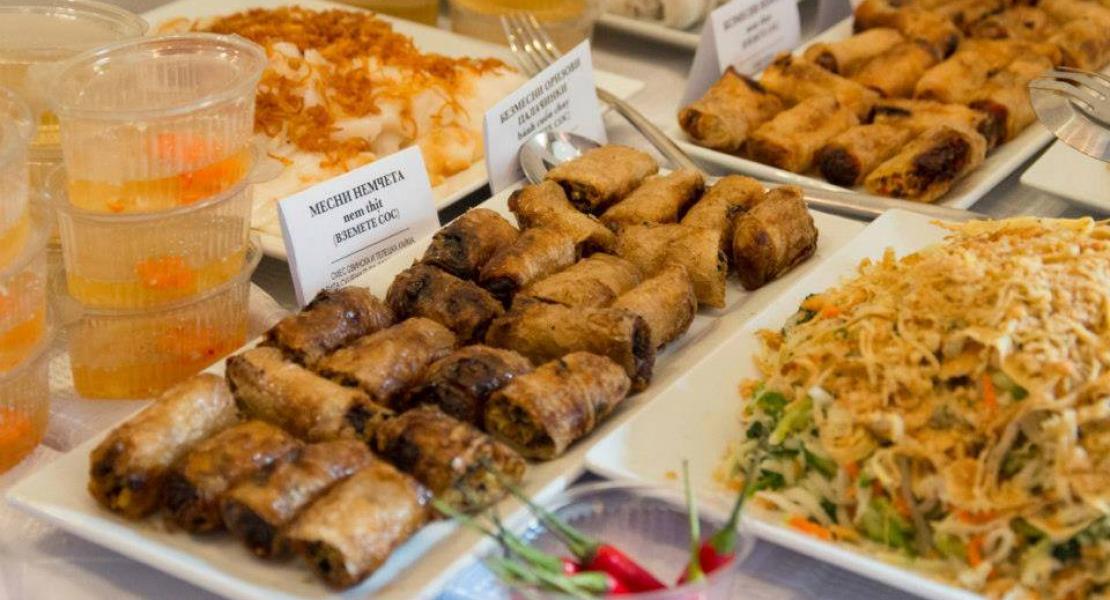 See, hear, taste, get to know other cultures

Multi Kulti Kitchen started in 2011 in Sofia as the first informal initiative of Multi Kulti Collective. Multi Kulti Kitchen is where Bulgarian taste buds meet the gastronomic delights of the world. Our hosts from Asia, Europe, North and South America and Africa, both refugees and migrants, let you in the lives they left behind and the recipes they took with them. It is a deep immersion into unknown culinary and artistic territory and a pleasant challenge to the senses. Content varies by event but discussions, presentations, games, musical performances, dances, film screenings and all sorts of workshops are all known to happen. We are told that many friendships and partnerships are made at the Multi Kulti Kitchen events. Evidently, to paraphrase a well-known saying, familiarity and acceptance pass through the stomach. And eyes. And ears.

Kulti Kulti Kitchen is recognized as best practice and social/cultural innovation at national and EU level, including by the European Commission.

On occasion Kulti Kulti Kitchen is organised in a private setting as we are sometimes invited to host dinners and parties.

In 2015, Multi Kulti Kitchen grew as a social franchise and NGOs from the 7 biggest Bulgarian cities were selected, trained, funded and mentored to start transferring the model into their own local communities. This step was supported by the EEA NGO Grants in Bulgaria.

In 2017, Multi Kulti Kitchen was selected for support by the European Cultural Foundation as one of the 25 ideas out 600 application from the EU and MENA after the Idea Camp 2017 on Moving Communities in Madrid and is currently working on its sustainability strategy.

Take a look at our past events.

Want to join us? Follow us on Facebook so you’ll be the first to know when the next Multi Kulti Kitchen event will be.